the blog where to discover Pistoia 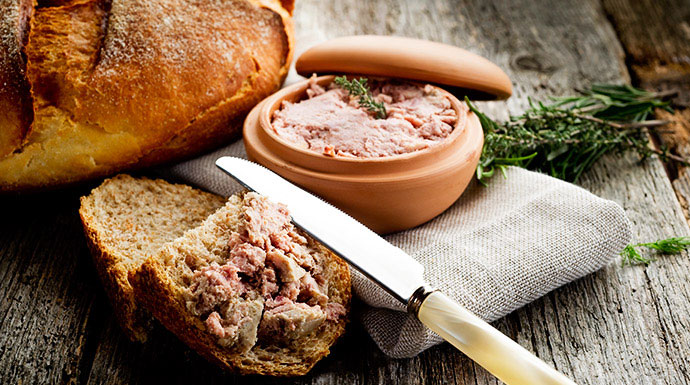 In the narrow paved streets of our villages an old and rich tradition lasts. It is foundded on an ancient genuineness. Getting lost in our territory means discovering skills and knowledge grown from passion and love for own creations.
Intense tastes, natural ingredients and a wise perfectionism were on in the hands of homely people, improved during the centuries and arrived until now. Nowadays, in our traditional dishes, we can taste the real flavour of authenticity. Food is culture, so the food historians say, citing Tuscany as an example: in this region the culture of sharecropping gave rise to the cucina povera ("poor cuisine"), consisting of leftovers, bread soups and the constant use of the "Mediterranean diet". The Pistoia area has many little restaurants where local dishes are served, rich in historical tradition, such as : "il cartaceo", originating the Middle Ages when those imprisoned for debt were not given food by the Council and had to get by on the entrails of butchered animals; omelettes with zoccoli, small pieces of tasty meat, or with rigatino (salt-cured bacon); farinata (a sort of chick-pea pancake) with cabbage; fettunta with healthy bread and genuine oil; migliacci, fritters made of pig '

CHOCOLATE The art of chocolate-making finds expressed inside the workshops where master chocolate-makers skilfully work the cocoa butter to create first class products. The most refined palates will delight in the wide range of creams, chocolate bars, choosing among the most traditional or the more unusual flavours.


THE WINE
Well-known wineries in the Pistoia  area produce excellent red, white and rosé wines from the grapes grown in the vineyards of Montalbano and central Etruscan hills. Vinsanto is a particularly prestigious wine and was one of the first dessert wines to be recognised as a DOC. The area

PECORINO "RAW MILK" CHEESE
These cheese preserve the smell of wood, pastures and taste of a product made in keeping with traditional methods, with the natural rennet of fresh milk from sheep who spand old year on the meadows of our mountain. Sheep farming has always existed here and it has preserved the ancient rhythms of natural processes from rising the flocks in the great valleys to the us of fresh milk and slowly ripening of the forms in "caciaie" (store rooms) on white wooden

THE BRIGIDINI
Originally from Lamporecchio "brigidini" are small wafers, egg, flour, sugar and aniseed, cooked using special   red-hottongs. They are said to have been invented by the nuns of Santa Brigida in lamporecchio, who made them with leftover host-wafer mixture.

SUGARED ALMONDS
Pistoia 's traditional spiky sugared almond "Confetti" are still made using the old manual copper cauldrons (or"bassine"). These turn slowly with the heat, dropping water  and white sugar over aniseed, according to the old recipe, as well as almonds, nuts or candied fruits. After cooling briefly on cotton cloths, the typical Pistoia-style sugared almonds are ready.

OIL
Olive-growing is an ancient tradition in Pistoia and the extra-virgin oil still has a homemade flavour. The carefully selected olives are cold-pressed using stone grindstones and the oil is placed in large terracotta jars. This helps to improve the fragrant flavour of this product, preserving a taste of times gone by.